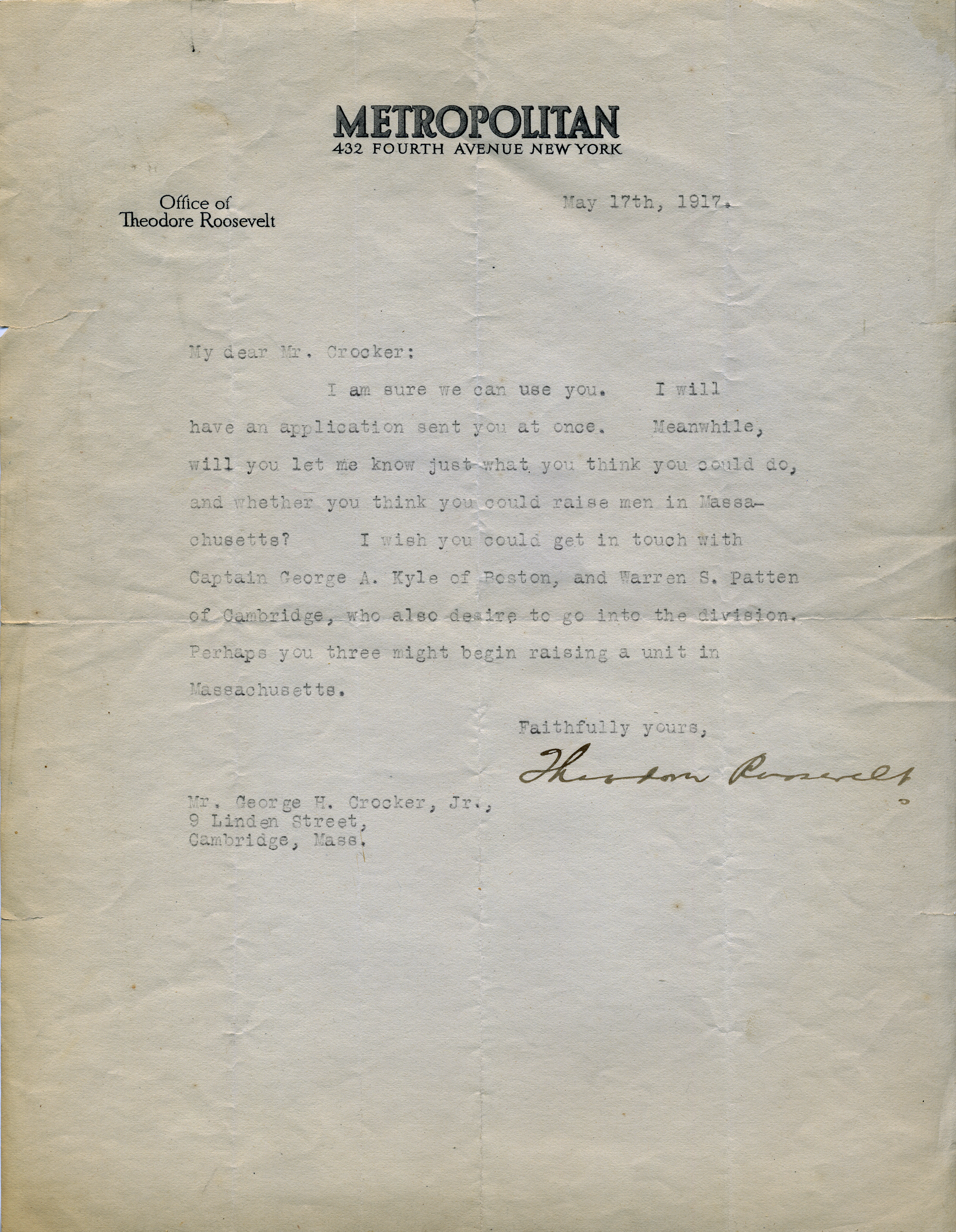 SAT Word of the Day: “serendipity”. Dictionary.com defines serendipity as “an aptitude for making desirable discoveries by accident.” It usually has to do with making a discovery with coincidental timing. It just so happens that Ken Burns (PBS) has a Roosevelt documentary premiering this coming Sunday on your local PBS station. Make sure to watch!

How incredible, then, that we were sorting through various WWI letters for our upcoming Asian and Militaria Auction (November 16th – Holiday Inn – Rockland, MA) and we came across this signed document by Theodore Roosevelt! On wonderful period linen paper, sharp corners, minor fold separations.

Check back often for more updates!